This post will be all over the place, so consider yourself warned! I guess it's the unbearable heat...maybe other things going on in my life...not sure, but it's very hard for me to focus on anything lately. I've been in a funk, stitching and otherwise....so first, some stitching, which is probably what you came for, right?


In July, still in the patriotic mood, I started on this Blackbird Designs piece, called Summer Souvenir (which is NOT in the book by the same name, so dontcha go looking for it, like I did, or you'll end up scratching your head in wonder...it's in the Tokens of Friendship book). 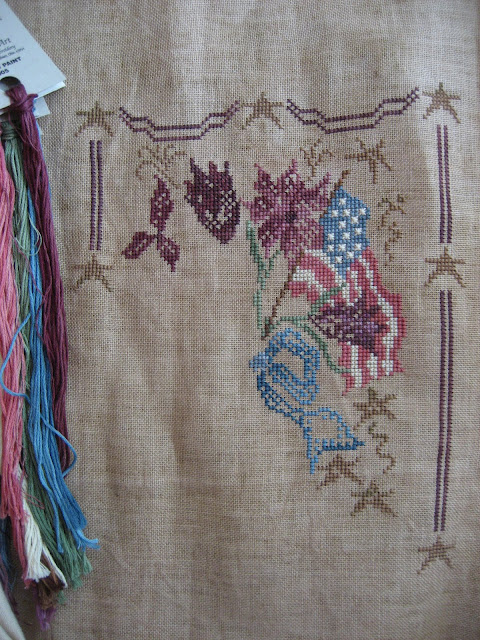 Then, the heat started getting to me and I started thinking about fall, which led to this finish: 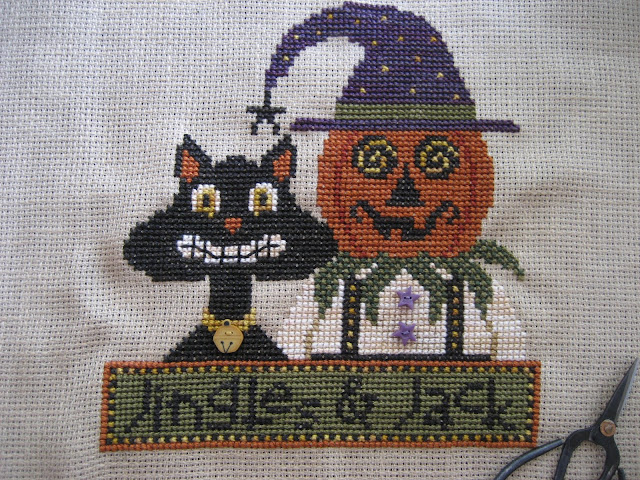 Jingles & Jack from Becky's Boos...stitched on 10 count hand dyed something or other with WDW #5 perle cotton thread. A fast and fun stitch. Be warned...if you stitch it, you will need at least three skeins of the Onyx (the chart only calls for one. I didn't even cross my stitches as I went along, like one normally does with overdyed floss....and I still came pretty close to the end on some of the skeins....

after that, I picked up an old WIP, Be Kind, Be True, another Blackbird Designs: 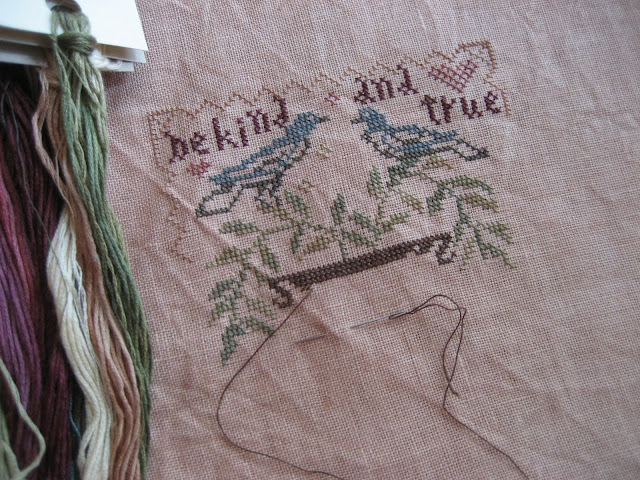 That was about the third time I've tried working on it, and just can't get into it. Not sure if it's the fabric (35 ct. Marva's Breakfast Blend)...but it always ends up frustrating me so it gets but away. Siobhan gave me the chart a long time ago, because I'd fallen in love with it when seeing her finish, I really do love the design so much....sigh....

My next attempt was the Adam & Eve sampler by The Goode Huswife....meh.... 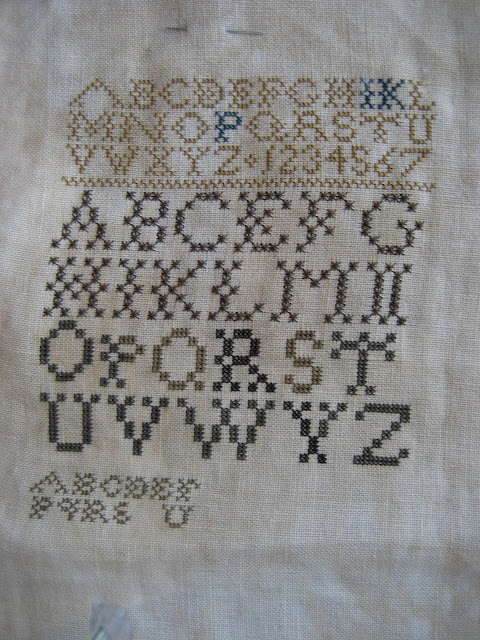 love the fabric, design, etc. but it just caused my shoulder and hand some grief, as it's 40 ct. and sometimes I struggle with that now (which is sad, cause it's always been my favorite)....heavy sigh....

So finally, the past couple of weeks, I've been able to focus on this Mary Beale sampler...just the top left corner flower was done on it when I'd tossed it aside a few years ago, and this is how far along I am on it now (almost halfway).... 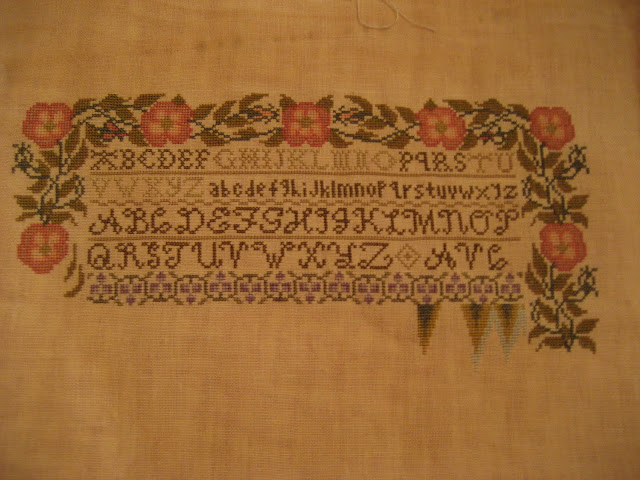 I'm a little reluctant to post this when it's finished, as it came from one of her newsletters way back when, only subscribers could get it I think...what were those called? Pocketbook Needlework, something like that? There were several designs in each issue and this one came in installments, over four newsletters? Not sure. A friend gave me the charts when she was done stitching hers. I'm not sure which edition it was in, so maybe I won't post it when it's done since I know so little about it. I get emails all the time about things I've posted here, that are out of print, and I just don't know enough about it to be of any help to anyone. Maybe someone else knows and can fill me in. 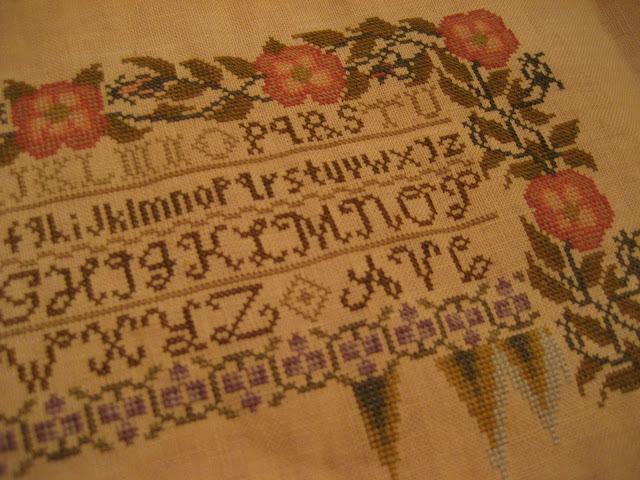 Anyway, I love it, and am happy that I've been able to stick with it for so long. So far. LOL. Every time I say "so far" at the end of a sentence like that, I think of a line out of my all time favorite movie "It's a Mad, Mad, Mad, Mad World"...where Buddy Hackett and Mickey Rooney are trying to fly and land a plane they get stuck in after the pilot (played by Jim Backus) gets knocked out ("what could happen to an Old Fashion" lol)...they are talking to an air traffic control guy and they're pretty much freaking out and the control officer is trying to calm them down...he's on the radio with them and says "I want to congratulate you men on doing such a great job. So far." Cracks me up every time...because, you know. They're in the air after all and still need to land the plane ;) My hubby and I quote so many lines out of that movie (along with Planes, Trains and Automobiles; The Great Race; The Money Pit...) Pretty silly, huh? :-)

**edited personal details out 08/11/10...thank you SO much to everyone who reached out to me, either in the comments or through emails. You all helped me so much, more than you can know, and I'm forever grateful for your friendships! I have also closed and hidden comments for this post. They are still there, but only I can read them, and I cherish each one. Again, thank you so much!**