sugared pecans and a puppy

Here's how you do it. (For the pictures shown here, please know that I always double the recipe, so 2 pounds of pecans are shown)

Preheat oven to 250 degrees. Spray large cookie sheet (with a rim) with Pam. 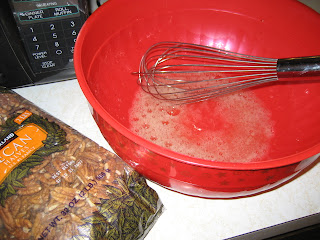 In second large bowl, whisk sugar with the cinnamon and salt. 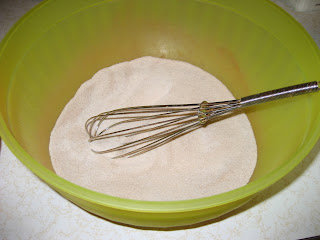 Now put all of your pecans in the bowl with the egg whites. Use your hands to cover pecans throughly with egg whites. 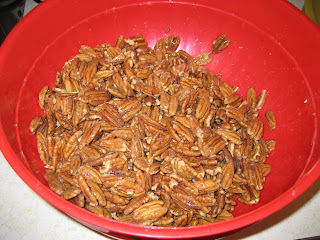 Dump all of that into bowl with the cinnamon sugar. Work quickly and cover coated pecans with sugar by shaking around in bowl vigorously or mixing with a big wooden spoon. 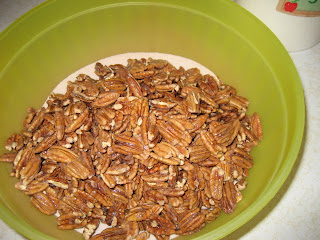 (shaking works best for me) 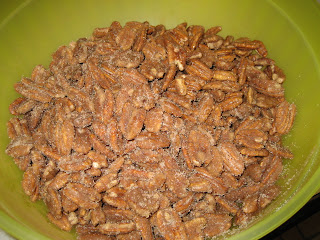 Spread pecans onto cookie sheet as evenly as possible. Place into preheated oven and bake for one hour, stirring pecans every 15 minutes. Stirring them as they bake is essential because if you don't, they all stick together. 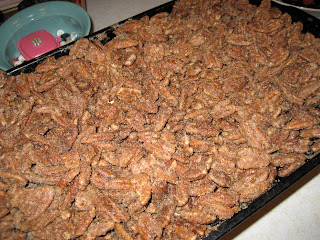 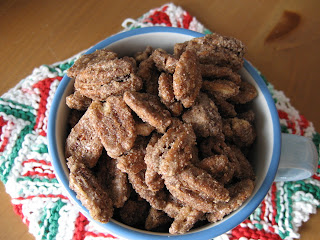 Better go ahead and make a double batch because people gobble these up!! You can get a two pound bag of pecan halves at Costco for $9.99, what a deal! 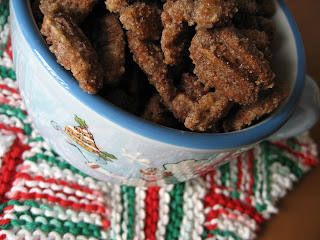 They are best if served a few hours after baking and even better the next day and the days following. Store in airtight containers (large canning jars are great for gift giving)!

Stay tuned for the famous Cracker Candy recipe, with pictures!

Meanwhile, stop looking now if you don't want to be dazzled by the Astro!

This face is pretty innocent, yes? 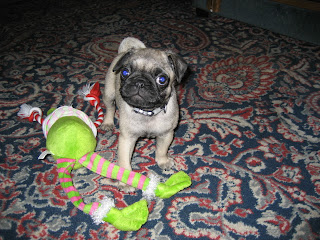 Showing the Christmas toy who's boss! 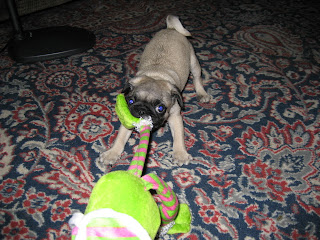 He will kill these toes, but that's what they get for being exposed...HA! 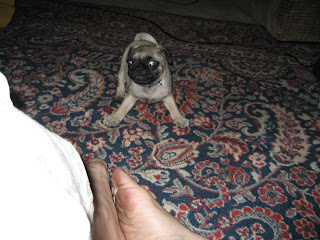 Could I please have a drink, this killing stuff is exhausting! 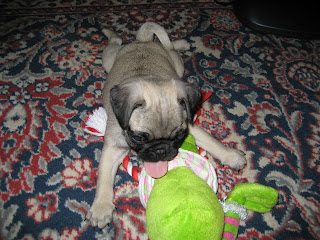 Not quite ready for bedtime: 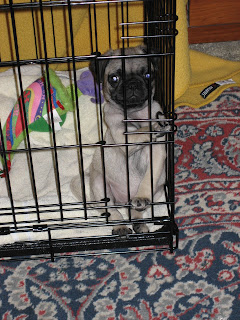 Be back soon with the cracker candy recipe (yep, Melissa, it's probably the one you're thinking, with saltine crackers) :)

Not quite ready for bed is just to cute..Love the pictures..Astro is a darlin..

Loved the pictures Andrea - what a CUTE puppy Astro is. I made several batches of cracker candy for a cookie exchange and it was a big hit - I think of you each time I make it! Love ya girl!